The Law relating to Rights of Way and other Easements 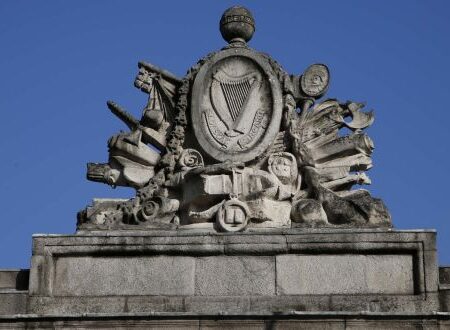 The Government has confirmed that it plans to amend the provisions in the Land and Conveyancing Law Reform Act 2009 relating to rights of way and other easements where a deadline to register those rights had been set, under the 2009 Act, for the 30th November 2021.

Minister for Justice, Heather Humphreys, received approval on the 21st September 2021 for the changes.

This amendment to the 2009 Act means that easements – such as a right of way, and rights to maintain water and sewerage pipes on neighbouring land – will no longer have to be registered with the Property Registration Authority by 30 November 2021.

The issue was expected to cause a backlog of court cases by those trying to protect their rights to access as the 2009 Act had introduced a new requirement for a prescriptive right (which were rights that had been acquired by the passage of time) to be verified by a court order, and registered with the Property Registration Authority (PRA).

An amendment to the 2009 Act, made in 2011, provided that, if the prescriptive right was not contested by the owner of the land affected by it, the claimant could apply directly to the PRA to validate and register their right based on long use.

The deadline for applications was the 30 November 2021.  After that deadline, prescriptive rights could still be validated and registered, but only under new rules taking effect on 1 December.

Minister Humphreys said she knew that the position that was due to apply after 30 November has been a cause of great concern for many. Minister Humphreys has said that “We will remove the major changes to the law on prescriptive easements and profits that were due to take effect on 1 December, thereby removing the imminent deadline.”

She added that the move was expected to greatly reduce current conveyancing delays and blockages, which would be a welcome development for purchasers.

The Minister also acknowledged that reform of this area of the law was required on a more comprehensive basis, saying:

“The amending bill will address the most pressing need by removing the end of November deadline. However, it is clear that more wholesale reform is needed. I intend to establish a time-bound review that will identify the best long-term, sustainable provisions for the law in this area.”

A person who has a prescriptive right can still  either apply to court or register it directly with the PRA – but this will be optional (as it was before the 2009 act), rather than a mandatory requirement.

This website uses cookies to improve your experience while you navigate through the website. Out of these, the cookies that are categorized as necessary are stored on your browser as they are essential for the working of basic functionalities of the website. We also use third-party cookies that help us analyze and understand how you use this website. These cookies will be stored in your browser only with your consent. You also have the option to opt-out of these cookies. But opting out of some of these cookies may affect your browsing experience.
Necessary Always Enabled
Necessary cookies are absolutely essential for the website to function properly. This category only includes cookies that ensures basic functionalities and security features of the website. These cookies do not store any personal information.
Non-necessary
Any cookies that may not be particularly necessary for the website to function and is used specifically to collect user personal data via analytics, ads, other embedded contents are termed as non-necessary cookies. It is mandatory to procure user consent prior to running these cookies on your website.
SAVE & ACCEPT